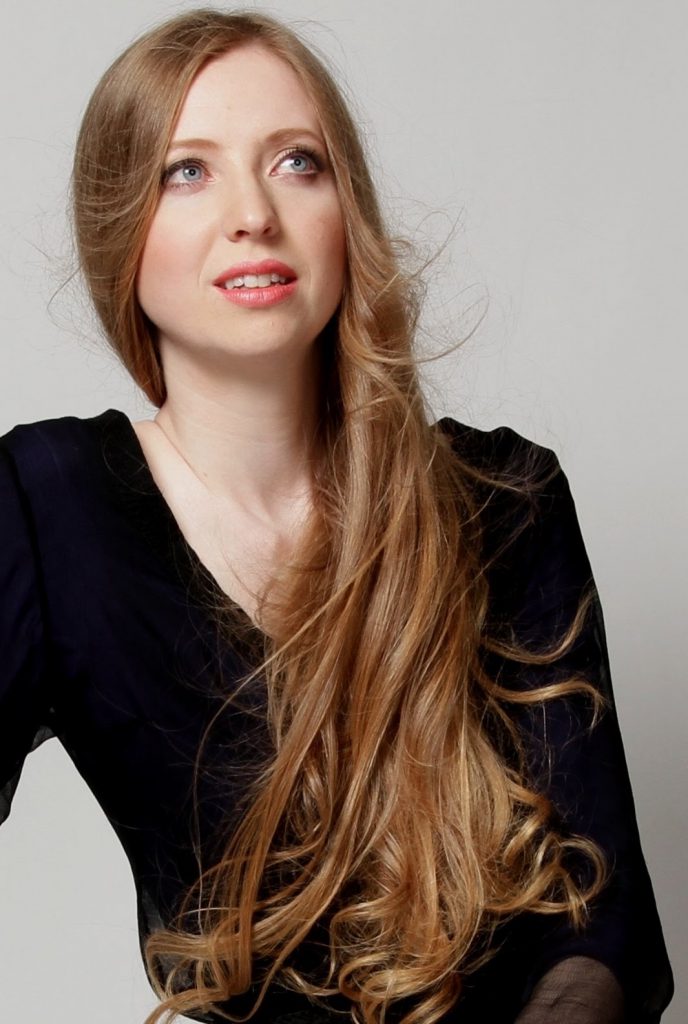 In the early 1800s, with early Romanticism in full swing, the German-speaking keyboard player would have been tutored according to the leading instructional texts of the time. These texts all advocated a bearing with a straight, vertical back, with upper arms sticking close to the sides, perched on an elevated bench. This elegant, if restricted, posture may have been of necessity if the performer (female or male!) was wearing a corset, in fashion during the period. The arms descended gracefully to the keys. One advantage was improved accuracy in lateral jumps—with the elbows by the side, there was less latitude for error to land on wrong notes. And the elevated posture afforded a fluid hand motion and precise control of key velocity, which was controlled solely by the middle finger joint, on the light actions of the fortepiano keyboards of the time. But for the pianist of today, how much of the 19th-century technique can be used advantageously when playing on a modern concert grand?

“I use as much as I can,” Christina Kobb told me. She is the Norwegian pianist, researcher and educator who has reconstructed the 19th-century technique starting from original pedagogical materials, and who was featured in the New York Times in 2015. (It is her research that has uncovered the common traits I related above related to playing posture.) She said that among contemporary piano performers, choice of technique is downplayed in favor of flow and expression, but in her view, “you can choose your technique depending on the musical result you want. And that connection [is vital], and that awareness of how the technique influences your expression.” 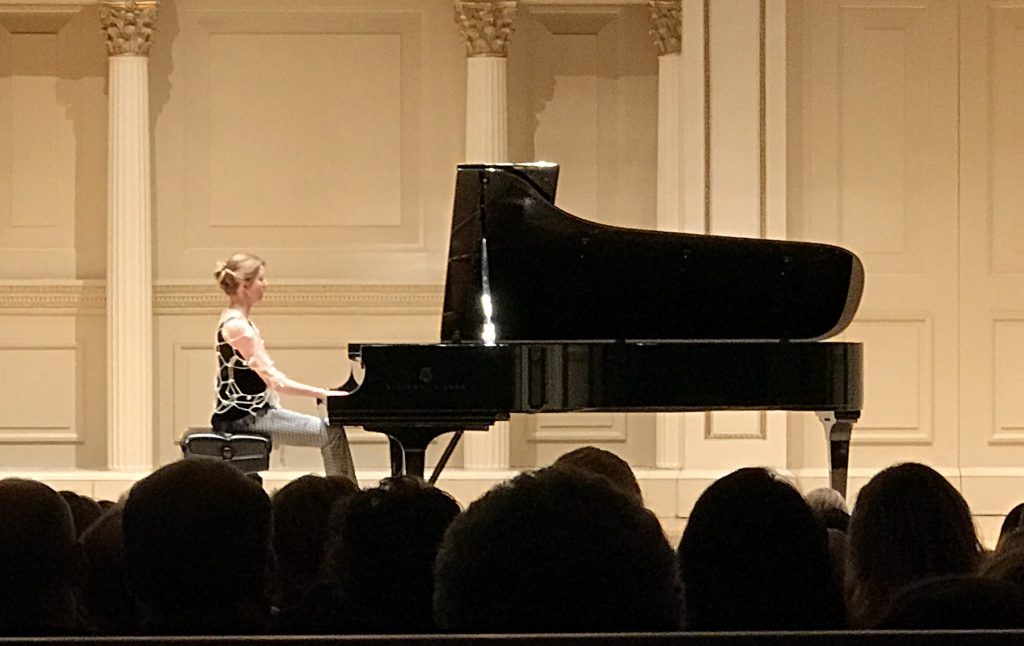 Elements of the reconstructed technique afford her the accuracy and effortless flow demanded by the Romantic composers. But is there a cost to restricting the emotion that can be expressed through movement and gestures? To this question, Ms. Kobb replied, “I know I changed myself into a much more stable appearance. And maybe that makes it harder for some to grasp what is going on if I cannot sufficiently compensate via other means the feeling of the music. That is the paradox of this period, early Romanticism. It became very clear when I read the letters between Robert and Clara Schumann how much emotion there is looming underneath. These are very intense emotions. But still the appearance on stage [was expected to] be quite restricted. This was way before Elvis, to put it in perspective.” But “we need to be moved by the music, and for a concert to be successful, the listener has to be able to recognize and relate to some of the feelings.” By this standard and more, hers was a successful concert.

At her well-attended Carnegie Hall debut last Friday night in Carnegie’s Weill Recital Hall, Ms. Kobb performed works from the Romantic period on a Steinway concert grand, and the reconstructed technique was on full display, with adaptations for the modern instrument. To start the process of allowing the audience to relate to the composers’ feelings, Ms. Kobb had crafted her own highly illustrative and entertaining notes to the program, billed as the “Keys to Romance” between Robert and Clara Schumann. As if to remind the audience of the self-imposed restrictions that the discipline of the reconstructed technique places on her motions, she wore a netted shawl that covered her upper arms and torso, her forearms emerging below the shawl from stable elbows. The visible threads of her shawl also reminded us of the links, the common thread, between all of the pieces in the program as illustrated in the notes. In the opening piece, Widmung (Dedication), Robert Schumann employed a theme of Schubert in homage to his love for Clara. Then, the sonata by Schubert, whose works Robert had admired greatly, was followed by the Grieg piece, which the composer wrote for his own graduation recital after seeing Clara play a recital of Robert’s works. Then, Ms. Kobb delighted the audience with two movements by Clara Schumann and the Robert Schumann sonata.

There is no way to know in advance what feelings a performance may inspire in the listener, myself included. But with the benefits of the additional awareness from the program notes, and from my prior conversation with her, I thoroughly enjoyed Keys to Romance. Ms. Kobb’s upright posture may have seemed prim to some. For me it seemed refined, even majestic. There was no artful hand waving or crouching. There were very expressive motions and revealing facial expressions completely in sync with the very beautiful sound. Enhanced by a physical expression with no deficiency, what I heard was not a sound fit for the small space in which a performer of the early Romantic era would have performed on a keyboard of the time. Christina Kobb’s passion, expressed in the reconstructed technique adapted for this occasion, filled the modern Weill Hall with all of the finesse written into the scores, as well as the full power of the emotions that the composers felt for each other, preserved and made audible for us, their enduring admirers.

Messiean’s Quartet for the End of Time, Livestream from the Temple of Dendur

Yelena Grinberg Presents Beethoven Works for Violin and Piano, on the Upper West Side