Two years ago, when I attended my first performance at the International Keyboard Institute and Festival, I spoke with a fellow attendee. The recital we were about to see was… Read more »

Are we at risk of betraying an infatuation with the playing of Christina and Michelle Naughton? After all, they provided our first interview and were the subjects of one of… Read more »

If we think of a musical performance as a work of art, how then can artistic satisfaction be achieved for the solo musician who longs to be as fully involved… Read more » 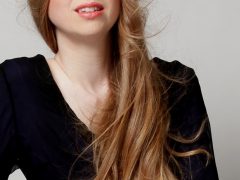 In the early 1800s, with early Romanticism in full swing, the German-speaking keyboard player would have been tutored according to the leading instructional texts of the time. These texts all… Read more »