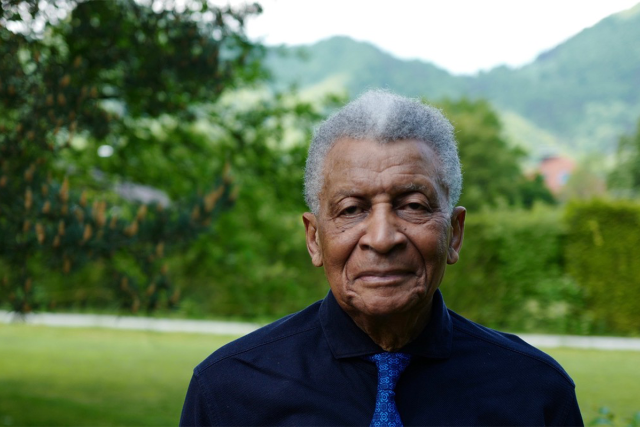 Abdullah Ibrahim is South Africa’s most distinguished pianist and a world-respected master musician.

Born in Cape Town, Dollar Brand, as he became known, was exposed to a melting pot of cultural influences: African traditional music, Christian hymns, gospel tunes and spirituals, as well as American jazz, township and classical music. Out of this blend of the secular and religious, the traditional and the modern, Abdullah Ibrahim’s distinctive sound and musical vocabulary was born.

The band Ekaya started playing South African folk music in 1983, and transferred its hymnic magic into the context of instrument jazz. The first album of the septet was simply called ‘Ekaya’. The saxophonists Carlos Ward, Ricky Ford and Charles Davis were part of the band then. ‘Water From An Ancient Well’ followed two years later with the same band members. The band members of Ekaya have changed completely since its founding, but not its spirit.