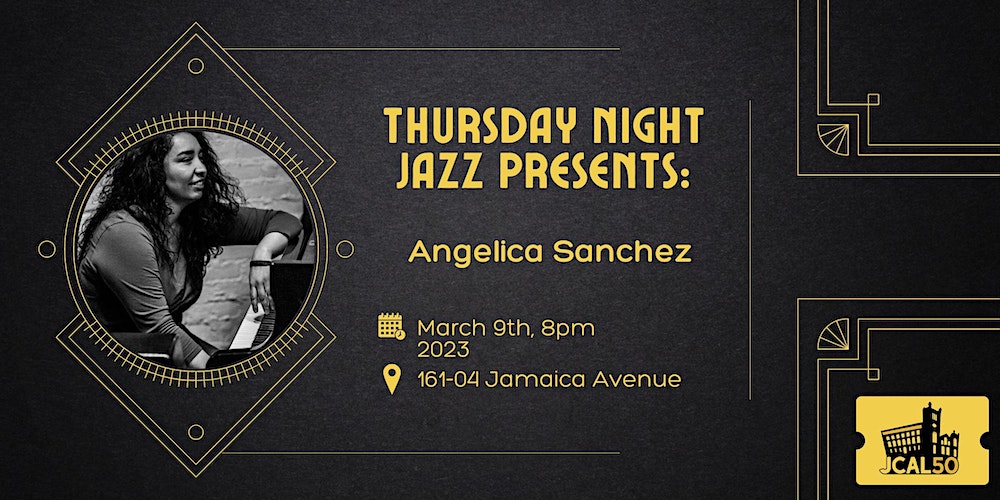 Pianist/Composer/Educator Angelica Sanchez’ music has been recognized in national and international publications including Jazz Times, The New York Times, Chicago Tribune amongst others. She was also the 2008 recipient of a French/American Chamber Music America grant, the 2011 Rockefeller Brothers Pocantico artist residency and the 2021 Civitella Fellowship, Italy.

Angelica Sanchez has a Masters Degree in Arranging from William Paterson University. She is currently on faculty at The New School of Jazz and Contemporary Music and Princeton University.