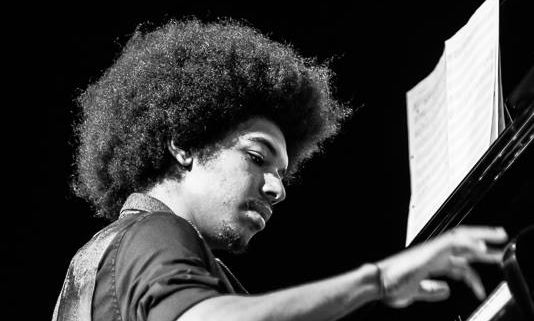 As the son of two musicians, Davis Whitfield’s early years were filled with music. He began playing the guitar at age 5, and moved to Jersey City, New Jersey at 8 where he began studying the piano. While attending high school, Whitfield was accepted by the Jersey City University Visual and Performing Arts Program and served as the principal pianist in its jazz ensemble for four years. In 2008, Whitfield became the assistant director for the Jazz Standard Youth Orchestra, writing arrangements and performing weekly at the Jazz Standard in New York City. Whitfield received full scholarships to attend the Berklee Summer Jazz Workshop in 2009 and 2010. He also received a scholarship from the National Foundation for Advancement of the Arts in 2011. As a member of the Inna Dudukina Quartet, Whitfield performed in the 2013 Nancy Jazz Pulsations Festival in Nancy, France and in the Summer of 2014 he received his Bachelor’s Degree in Piano Performance from Berklee College Of Music on a Presidential Scholarship.