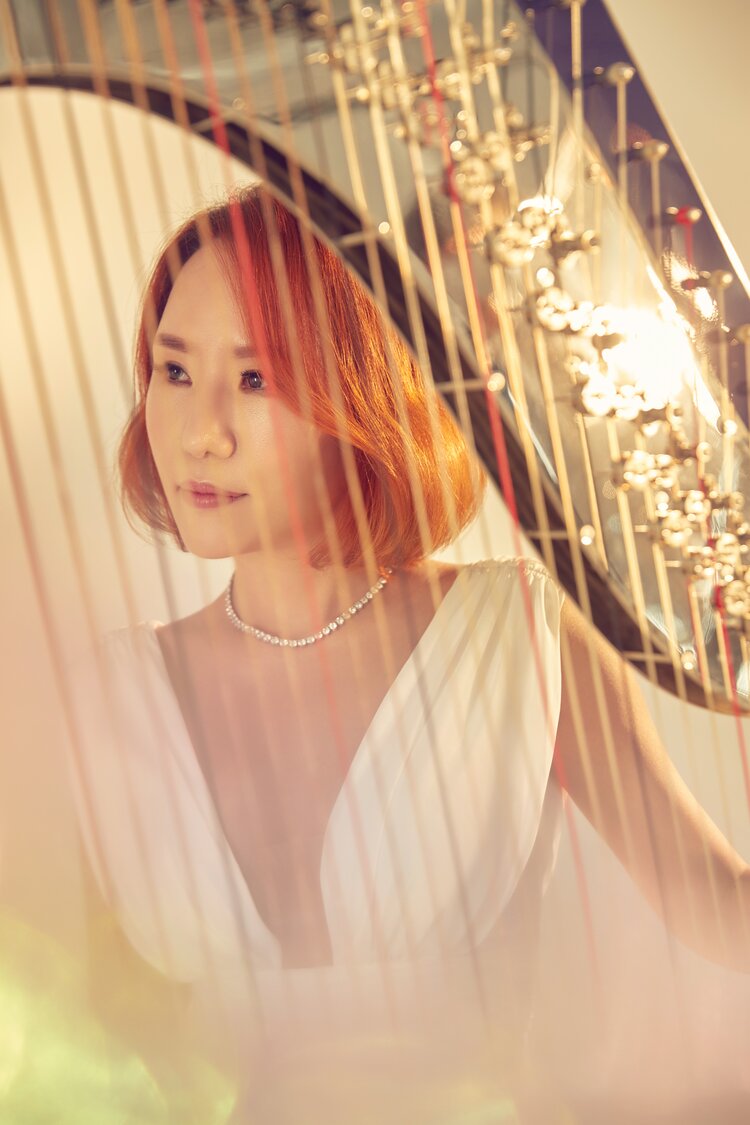 Hae Joo Hahn, first Korean harpist who has received a title of “Meister in Harp”, has been praised by critics for her deep sentiment and superb technical demonstration in her native South Korea and Europe.

Ms. Hahn graduated from Sunhwa Arts and Seoul National University in South Korea, and continued her studies at Hochschule für Musik und Theater München where she graduated with the best performance of Meisterklasse under the tutelage of Helga Stock.

As a top prize winner of the 5th Music Journal Concours, Ms. Hahn had her first public debut at the Egyptian embassy in Seoul by invitation, which led her continue to perform at such venues as Sejong Center for the Performing Arts, Solist Ensemble broadcast on MBC, Music Journal’s Spring Concert and Embassies of Germany, Italy, Canada, Brazil, Japan and Norway in Seoul, Korea.

While her studies in Europe, Ms. Hahn performed and received favorable reviews from TV Channel in Bordeaux, from her completion of the International Academy at the Moulin d’Ande and at British museums. Ms. Hahn has also collaborated with the Rodin Quartet at Munich City Museum Music Hall in Germany as a part of the International Conference held at Klinikum Rechts der Isar affiliated with Munich School of Medicine.

Most recently, Ms. Hahn has appeared at New York’s Merkin Concert Hall at Kaufman Center performing Vivaldi concerto for harp and string orchestra, at Symphony Space as a guest artist of concert presented by New York Concert Artists & Associates. She has also made her debut at Berlin Philharmonie Hall in Germany, and at James Piccadilly in London to a great claim. Ms. Hahn will return to Carnegie Hall at Zankel Hall in the Fall 2017 after her bravura performance at Weill Recital Hall in the previous season.

Ms. Hahn services as an adjunct professor at Baekseok University, Conservatory of Music in South Korea.